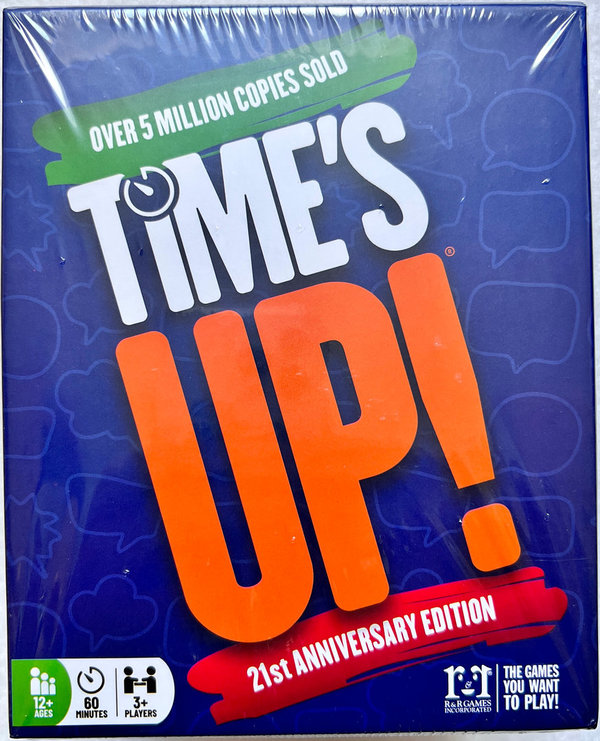 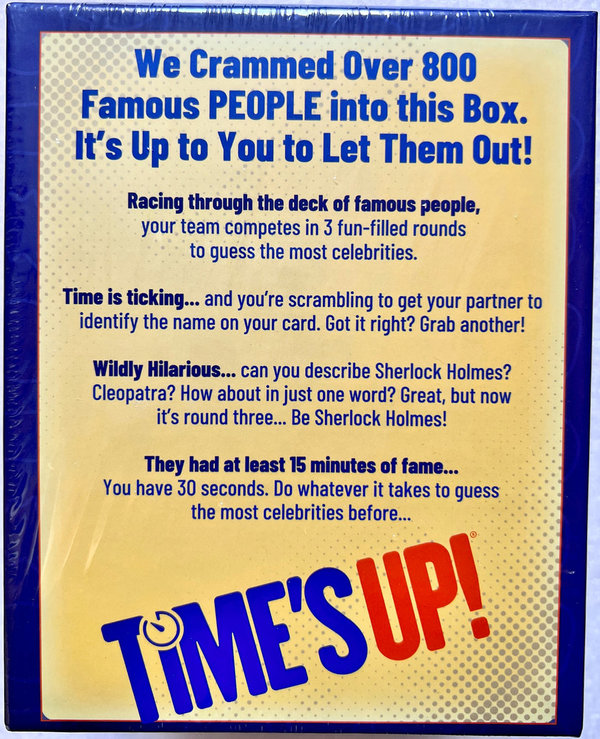 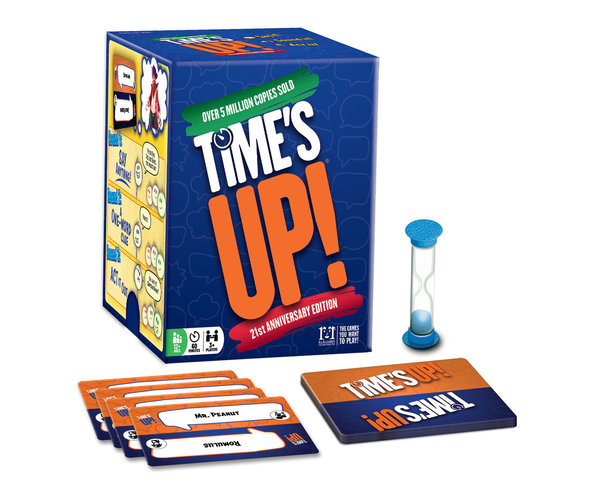 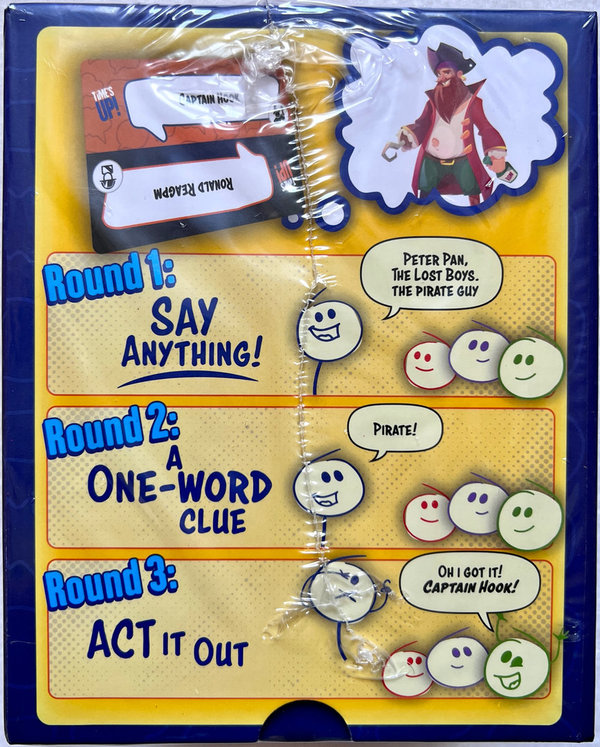 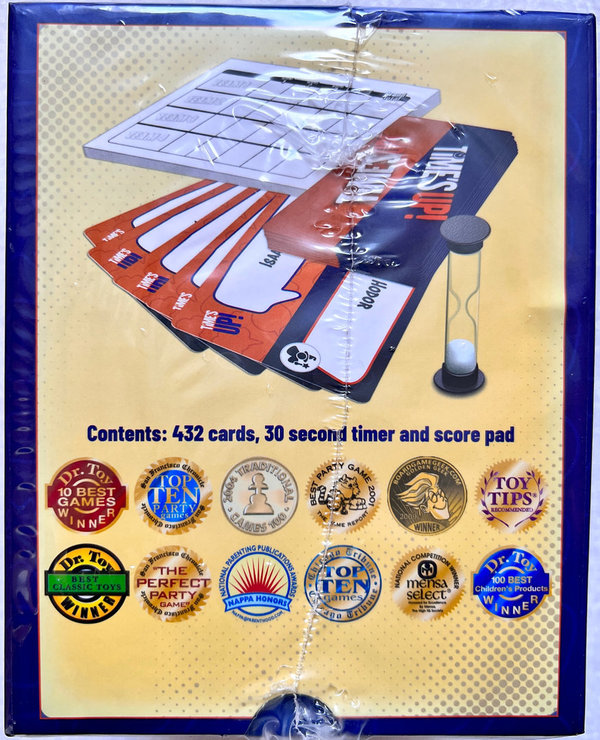 All dressed up in a brand-new box, this Anniversary Edition comes with the best of the original game and a huge collection of all NEW names! The party-perfect celebrity charades game builds the laughter and excitement in three hilarious rounds. You have 30 seconds to get your team to guess as many celebrity names in the Deck of Fame as possible. Round 1, say or do anything; Round 2, use just one word; and Round 3, gestures only ... no words allowed! Comes with hundreds of new names, the basic sand timer, PLUS expanded rules that allow for an odd number of players! Winner of Party Game of the Year and a host of other awards!

Setup of Time’s Up:

Divide into teams with team members sitting across from each other. Time’s Up works best when played in teams of two players each. Choose a player to keep score of Time’s Up game. Decide whether you’ll be using the ORANGE or the BLUE names. Make sure everyone knows which color you’re using! Do not mix colors within the same game. Deal out 40 cards evenly among all players of Time’s Up (for a longer game, deal out more cards). Then deal two more cards to each player. The rest of the check won’t be used and should be put back in the box. Each player may look at their cards and discard two of them. All remaining cards are then shuffled together and stacked face down in the center of the table. This stack is the Deck of Fame. Choose a starting team to take the Deck. The next team clockwise from the starting team takes the timer and will use it to time the other team’s turn.