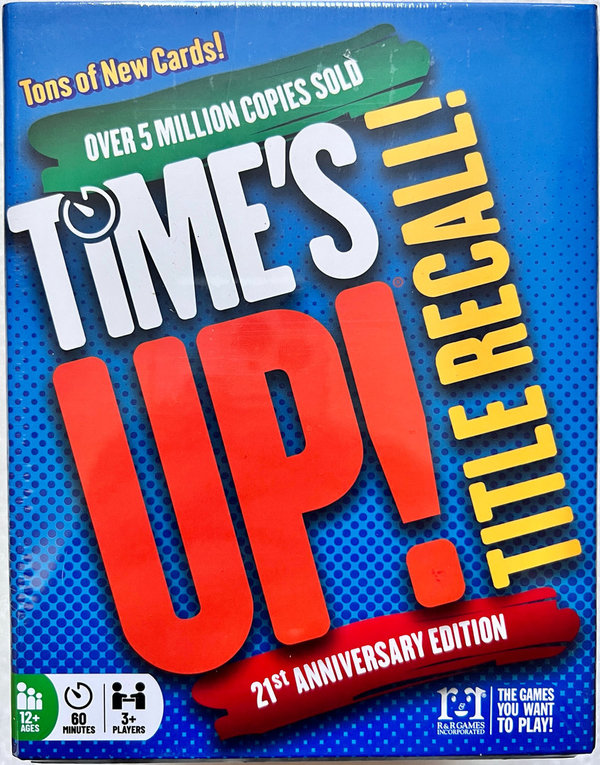 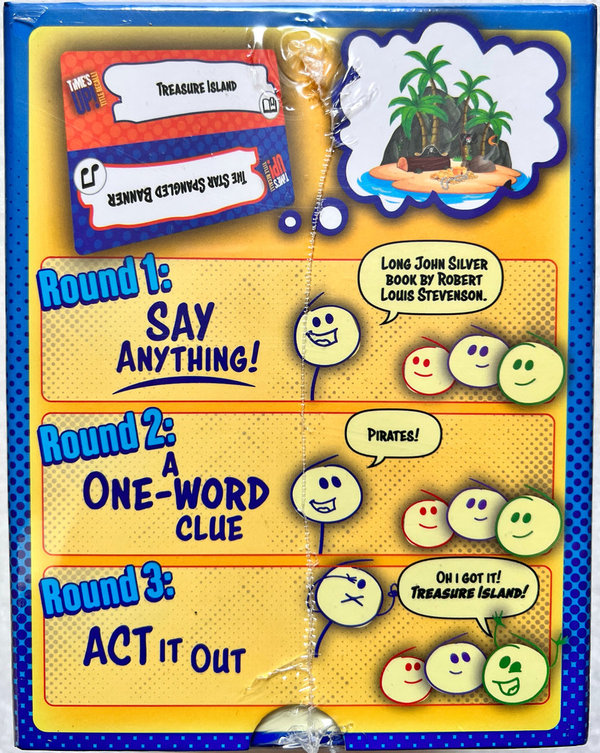 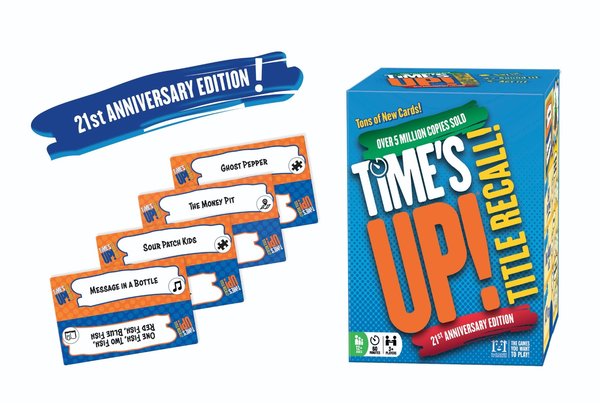 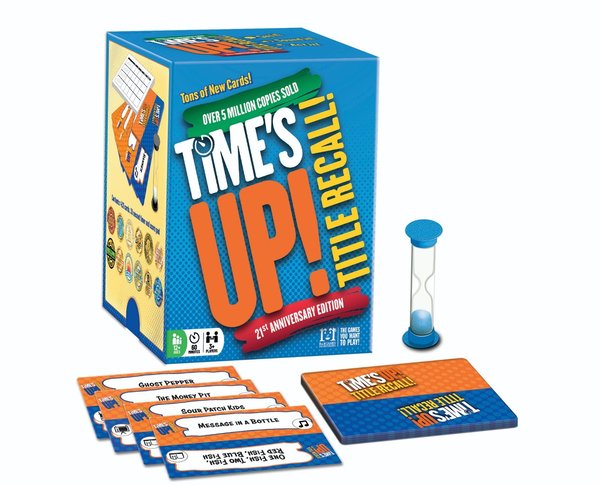 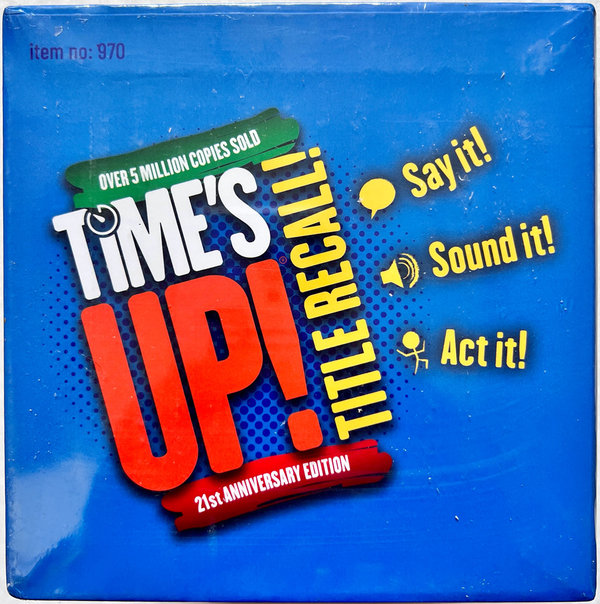 Divide into teams with team members sitting across from each other. Time’s Up! works best when played in teams of two players each. (Three teams of two, for example, is better than two teams of three.) With more than ten players, larger teams will be necessary. (See end of rules for odd number of players.) Choose a player to keep score.

Decide whether you’ll be using the YELLOW or the BLUE titles. Make sure everyone knows which color you’re using! Do not mix colors within the same game.

Deal out 40 cards evenly among all players (for a longer game, deal out more cards). Then deal two more cards to each player. The rest of the deck won’t be used and should be put back in the box. Each player may look at their cards and discard two of them. (Players should not reveal their cards to each other.) All remaining cards are then shuffled together and stacked face down in the center of the table. This stack is the Deck of Fame.

Choose a starting team to take the Deck. The next team clockwise from the starting team takes the timer and will use it to time the other team’s turn.